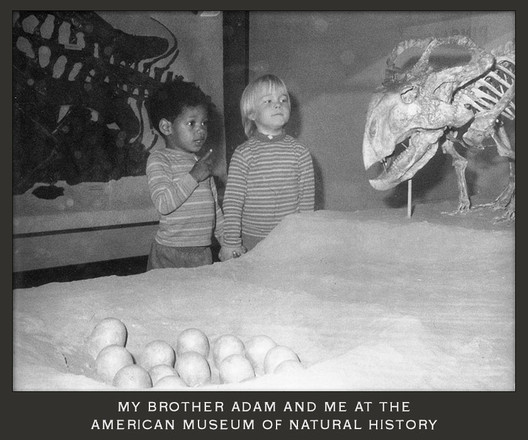 I was a country kid born in the big city of New York.


Regular outings to the Brooklyn Aquarium, the Bronx Zoo and the American Museum of Natural History kickstarted a lifelong interest in all aspects of the natural world. Like many people who have walked through those halls, I was ever after afflicted with an insatiable obsession for the living things that share our planet now or moved across it's surface long ago. This interest quickly expanded to include things that never lived...but...if things had happened just a little differently...might.


I went to the School of Visual Arts in New York and graduated to pursue a freelance illustration career. When the opportunity came up, I couldn't resist the lure of a job in the Zoo field, where I worked designing and building exhibits. This work often left me too tired (and covered in concrete) to do freelance work when I got home, so I got a graphics department started at the Zoo and became the Art Director. I still enjoyed exhibit design, but ditched the concrete in favor of photography, casting and moldmaking, and designing interpretive graphics.


During this time, with the support of my very patient wife, I worked on freelance illustration after hours.


In early 2006, after 12 years, I finally left the Zoo business and have worked since as a full time freelance illustrator.

I currently live near Providence, Rhode Island, continue to work as an illustrator, and teach at the Rhode Island School of Design. Free time is often spent walking the beaches at low tide to see what the sea has decided to heave up on land and enjoying life with my wife, various pets, itinerant wildlife, and an ever-hungry colony of flesh eating beetles.
© Lars Grant-West
Powered by ZENFOLIO User Agreement
Cancel
Continue