Wizards of the Coast releases the Modern Masters set for Magic: The Gathering today. I've got one new card in the set, a couple of older ones, and  a token that I don't think has been printed before.

Glimmervoid is one of the old ones, and is also probably the most popular of the cards I've done (by far the one I've signed the most of, at any rate). 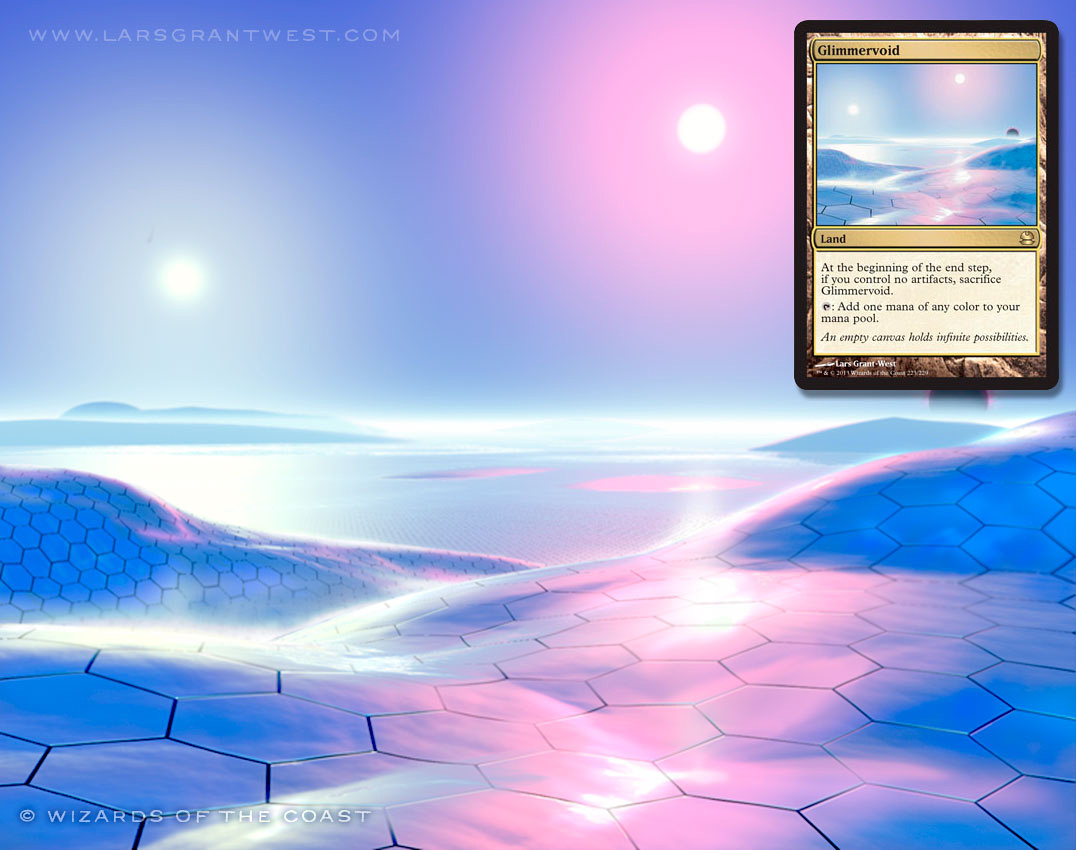 The new one, Engineered Explosives, is another card with the crazy hexagonal Glimmervoid Grid in it. 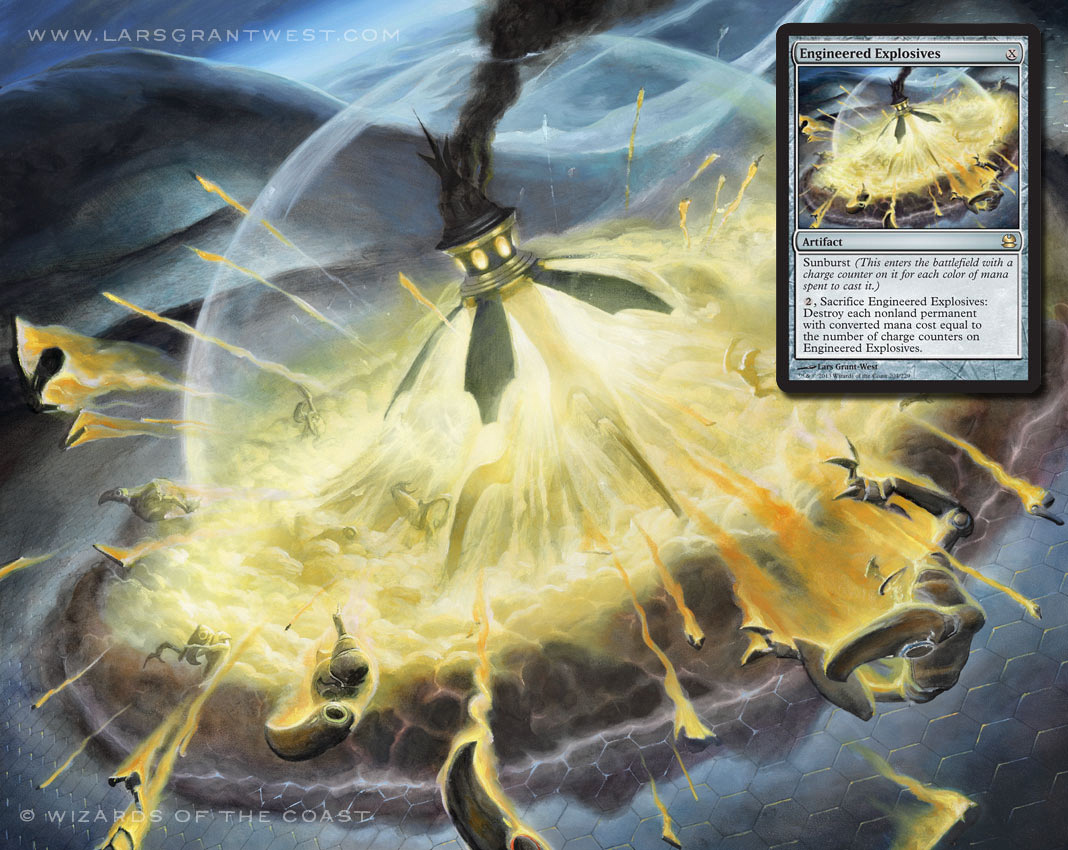 The other card that hasn't seen the light of the day is a Spider token.

If you keep following this blog, you'll see that I kind of like spiders. 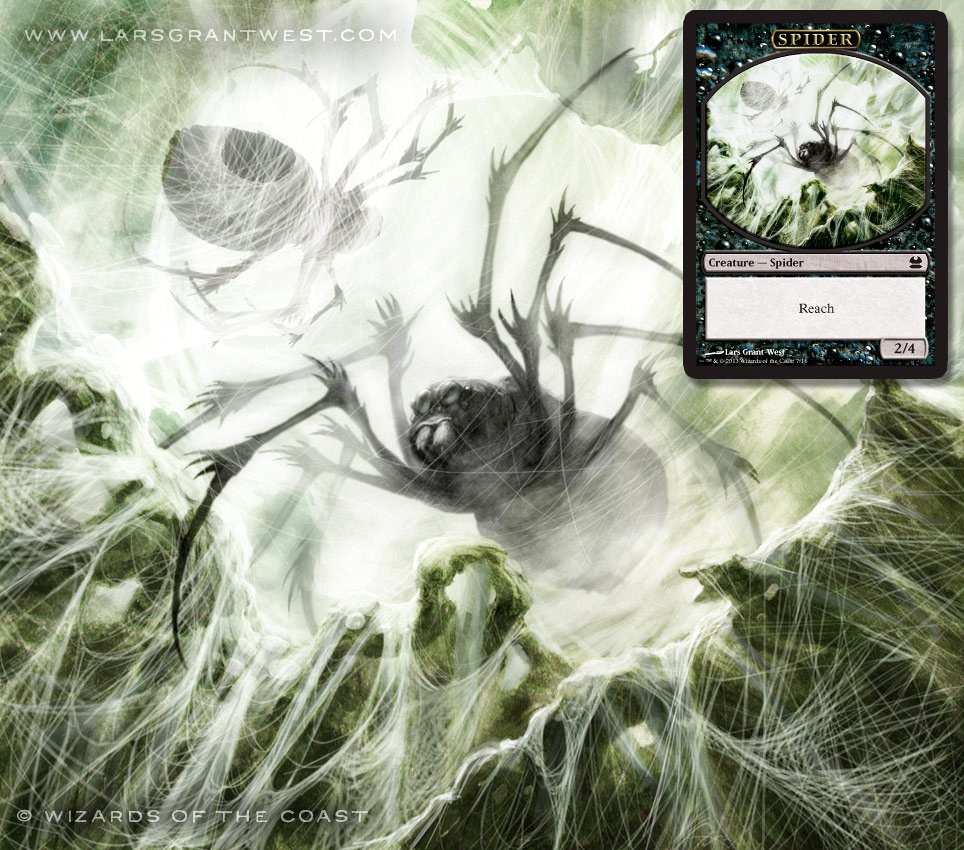 The last card is Imperiosaur - Kind of my Ode to Ray Harryhausen: 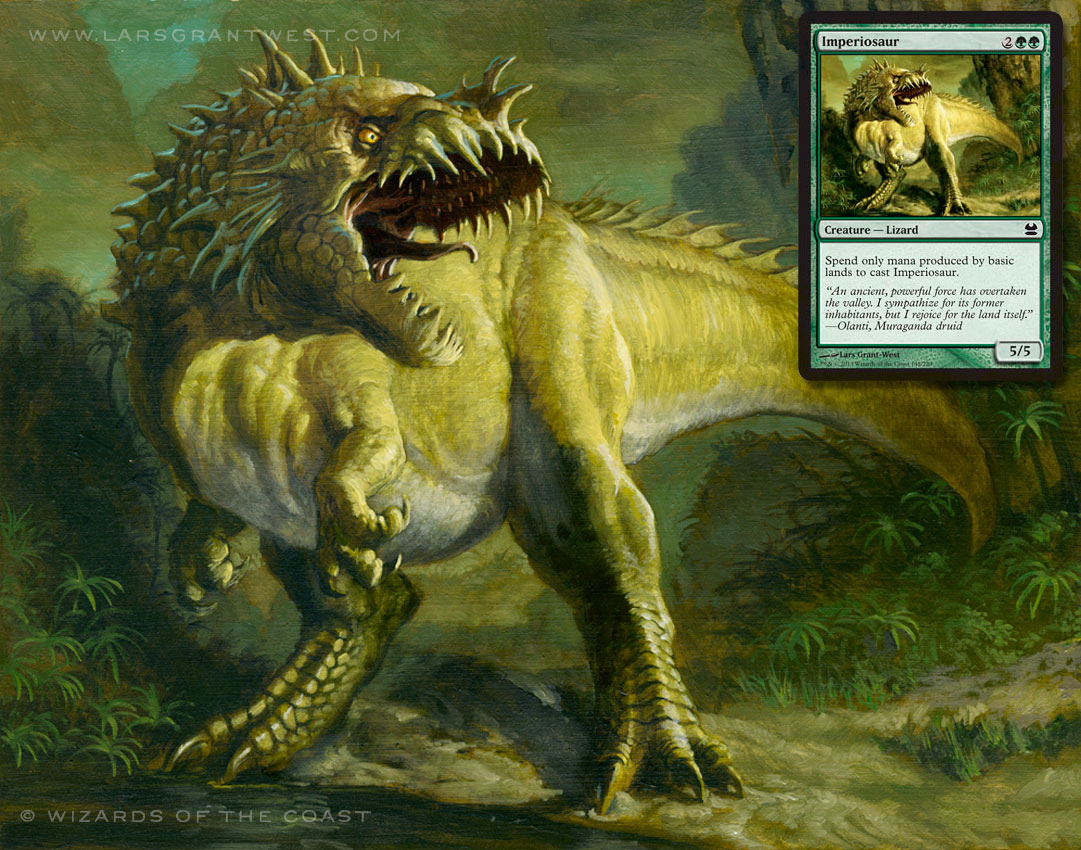 How can you go wrong with a big, angry t-rexian thing?!